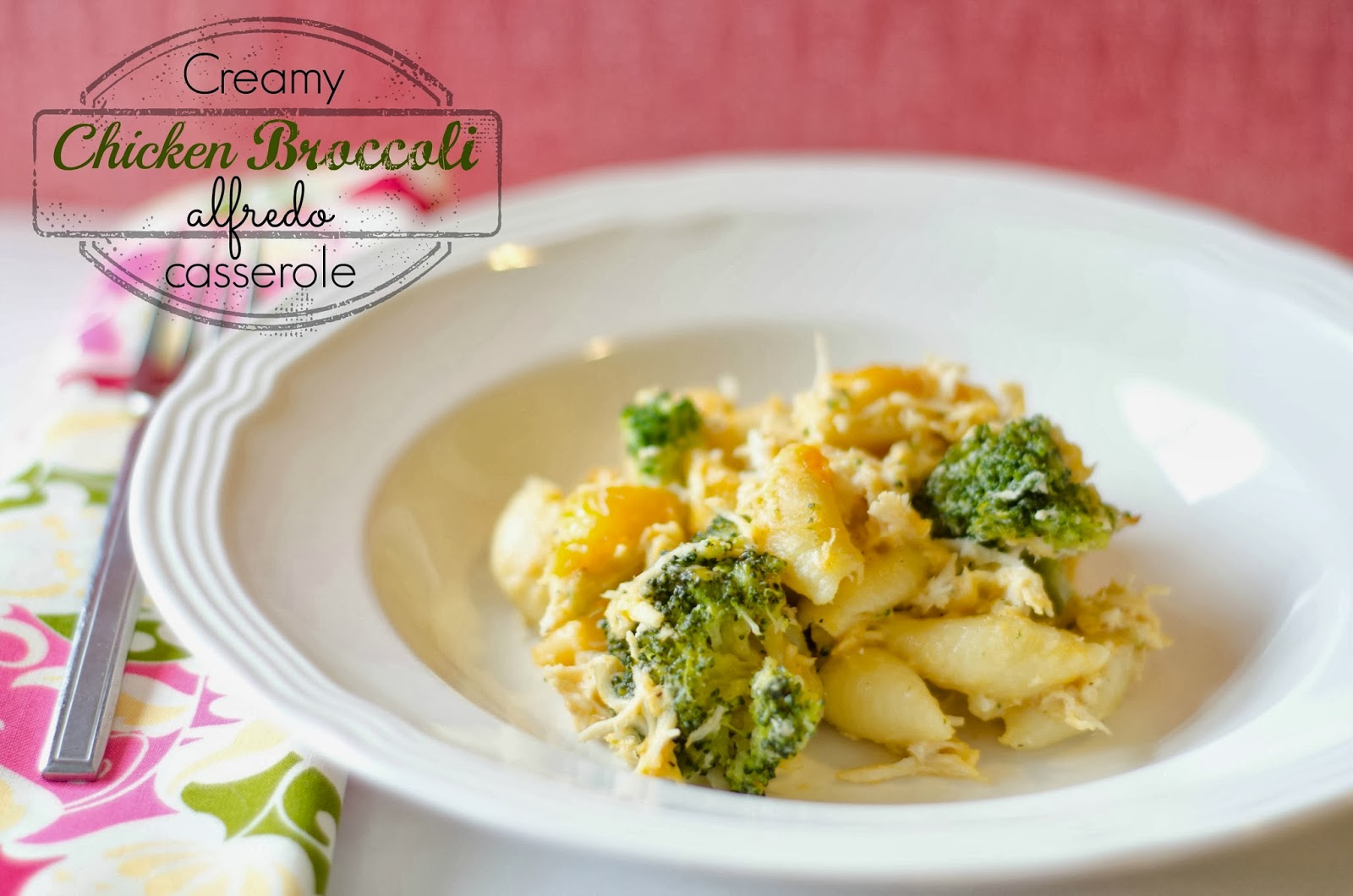 Sometimes I like to jump on Pinterest and type in one or two ingredients I have in my house to look for new recipes.  Last weekend I typed in chicken & broccoli and up came this recipe from Mom-Makes.  It looked great so I decided to see what else I had around to make it work.  Her recipe is slightly different than mine but I think the end result is much the same.

Preheat your oven to 350 degrees.

I have a bunch of pre-cooked, pre-shredded boneless skinless chicken in my freezer (due to a run in with a 50lb box of the stuff).  Because I wasn’t using chicken that had any juice in it I added salt, pepper, and a can of chicken broth to the chicken.  I let it sit for a little bit (stirring regularly) to soak up the chicken broth and I think that helped add good flavor (if you’re starting with a whole chicken and are boiling it you may not need the extra broth).

Boil your pasta as per the directions on the box.  They do not need to be 100% done because they will cook more in the oven but if they’re not totally done you want them really close, don’t over cook though because I could see it ending up mushy if you did.  Once boiled drain and pour into a large bowl.

While you’re boiling your pasta steam your broccoli.  I like to use a deep covered baker for this however it is not necessary, you can steam it by adding a little (and I mean very small amount) bit of water to the bottom of a microwave safe bowl adding the broccoli and covering with saran wrap.  Again, your broccoli will continue to cook once it is in the oven so it doesn’t need to be completely done but I had mine quite close.

Once your chicken is shredded, broccoli is steamed, cheese is grated, and pasta is cooked you’re going to take ALL of those and your two jars of Alfredo sauce and put them into a LARGE bowl.  I used about 10 of my 12oz of cheese IN the mixture, you could use all 12 but I wanted a little to sprinkle on the top.

Mix all the ingredients together well, adding salt, pepper, and lemon pepper.  I was used more of the lemon pepper than I thought I would but it still wasn’t over powering, it just gave it some nice flavor. *before you ask, I have NO idea how much I put in, I just kept sprinkling it on…sorry!*

Spray your pans with a cooking spray and dump your mixture in.  I filled both pans.  Sprinkle the top with cheese (you probably don’t have to do this but I think it tastes great) and cover with tinfoil.  You’ll want to tent the foil a little so the cheese doesn’t stick to it.  Put in the oven and bake for about 30 minutes.  Remove foil and bake for another 5 minutes to really melt the cheese.

When I first took it out of the oven I was afraid that adding the chicken broth had made it a little bit soupy but it was quickly absorbed into the casserole and wasn’t at all soupy.

My ENTIRE family really enjoyed it.  I always base how well a meal is received based on if people go back for seconds or eat the left overs.  I am happy to report even Nate who doesn’t *love* casseroles had seconds at dinner AND ate some the next day as left overs.  And a happy note, even reheated the shells didn’t get mushy.  I don’t think I’d recommend any other kind of pasta unless you had no plans to have any left over, I think anything else wouldn’t hold up.  All of the kids had seconds and one even asked if she could have it warmed up in her thermos for lunch the next day (I didn’t think this was a good idea so I didn’t let her).

I served the casserole with a green salad.  I also think bread sticks or a nice loaf of garlic bread would be tasty with it but in a slight effort to be good if I’m having pasta I try to avoid also having bread.

I hope you try it and I hope you love it as much as we did.  It was incredibly simple (especially if you already have your chicken shredded (quick plug for cooking/shredding chicken ahead of time…I thought it would go to waste and I’ve found SO many ways to use it)) to make and was a big hit. 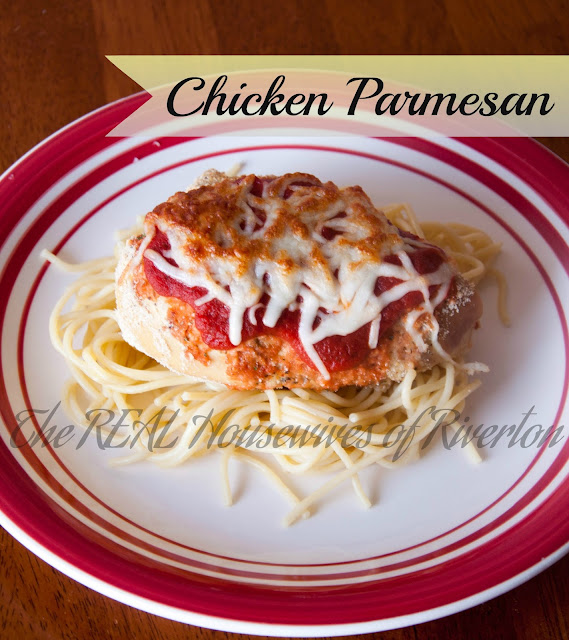 Crockpot Fettuccine Alfredo
© The REAL Housewives of Riverton, 2011-2012. Unauthorized use and/or duplication of this material without express and written permission from this blog’s authors and/or owners is strictly prohibited. Excerpts and links may be used, provided that full and clear credit is given to The REAL Housewives of Riverton with appropriate and specific direction to the original content.
Previous Post: « Riverton Housewives Round Up # 101
Next Post: Thin Mint Rice Crispy Treats »